Days of Our Slots 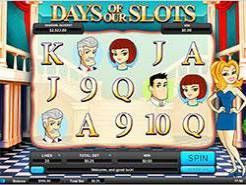 Play Now
Days of Our Slots is an exciting slots game based on the well-known television series of a similar name? This slots game offers five reels and twenty five paylines with free spins, a scatter symbol, a wild symbol and a bonus game that can activate totally at random at the end of any real money bet. The main characters in this game have the same names as the well-known television series and include Brittany, Connor, Yvette, Elizabeth, Yvette and Richard. The remaining symbols in the game are made up of letters and numbers from the high scoring cards, i.e. A for Ace through to 9. Players can enjoy this game in try out mode for as long as they want but should be aware that the random progressive bonus game cannot be activated in the play for fun mode. When placing real money bets, players can choose their coin size according to their own personal budget, ranging from $0.01 per line up to $10 covering a wide range of betting options.

A Wild, Scatter and Chance of Free Spins

In this exciting slots game, Brittany acts as the wild symbol and can take the place of other symbols to make up a winning line. On her own, Brittany also offers handsome wins with five of her images on an active payline awarding 1500 coins. The little baby face of Emma is the scatter symbol and two or more of these anywhere on screen award players’ multipliers from 2x up to 50x for the coin bet placed for each particular spin. Three or more of the scatter baby Emma faces also awards the players 10 free spins during which the multiplier varies from 2x up to 5x. Before the free spins commence players are taken to a new screen where they are invited to try and match two characters that are hidden behind masquerades. These people have potentially stolen something from Britany and she is trying to uncover the thief.

Who is the Father Random Bonus Game

The random bonus feature can trigger at any time. When it does trigger players are presented with a screen filled with 15 different faces. These are the faces of men who are potentially the father of her unborn child. Players are invited to choose one of these faces and can keep choosing all 15. At any time the player can stop and collect the bonus that he has won at that stage. Every choice is one of three images that have different colored backgrounds. The blue background awards players a regular bonus win, the green background awards players 100x the coin bet placed and reveals the true father and a red background ends the bonus game. This is a simple slots game to understand and play but because of the different characters and choices that are made at each stage it is a good idea to try it out for a little bit of fun before placing real money bets.
Play Now 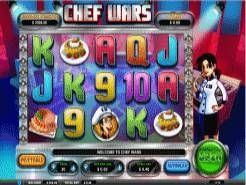 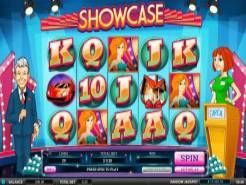 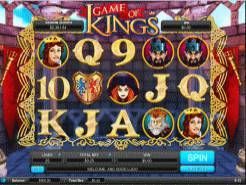 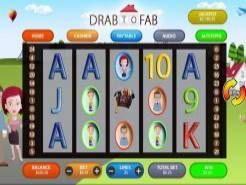